Eleonora is coming this summer to amaze us once again, turning all over Greece, shouting, "I've seen you somewhere"...
This is the title of her summer tour, but also of Eleonora's new single, in lyrics and music by Giannis Christodoulopoulos.
At this concert in Nafplio, we will share experiences, nostalgia, joy, we will party singing songs from Eleonora's personal repertoire, as well as other special moments of Greek song production, which she always merge with her personal music, in search of emotions and -as always- the artist's most genuine way of communicating with his audience.

Composer Giannis Christodoulopoulos will be accompanying her on stage. Together, they will share some of John's favorite songs that he has written over the years for other artists, including Eleonora herself, as well as songs that seek to come alive through her own voice.

This summer we will all become one and realize that we probably have all finally... met before somewhere...

Did you know that?
The following day of her concert in Nafplio, on Friday, August 9th 2019, Eleonora will sing at our neighboring Leonidio in Arcadia, while her tour performances will end on September 20th 2019 in Nicosia -Cyprus. 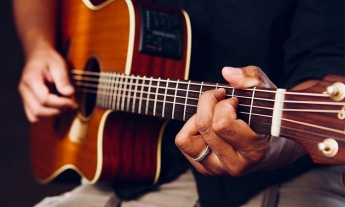